Things They Found in The Attic - Part 3

Guns.
Four old rifles.  The oldest one was from 1896.
My brother vaguely remembers learning how to shoot targets once in Boy Scouts.  No one taught me how to shoot anything in Brownies,
I don't recall ever shooting a gun. In fact, I don't recall ever holding a real gun. But holding a heavy rifle made me wish I knew how to shoot a gun. There's a kind of power there.
My mother also does not know how to shoot a gun, so today we went to two gun shops to sell the guns.  I had never been inside a gun shop before.  They are very interesting places.  Guys who work in gun shops say things like, "Yep, that's a 32 there. 1949. Ithica made. Someones buffed that down a bit. Barrel's not too clean is it?" They know a lot about guns.  Hearing them talk made me wish I knew a lot about guns too--because it seems like each gun has a story that I don't know. 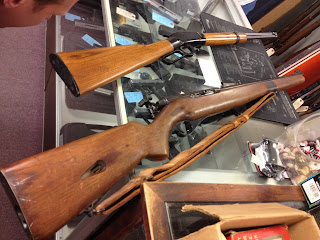 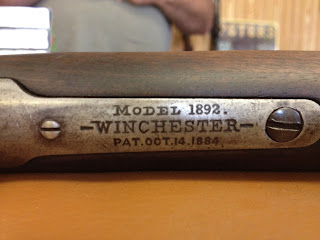 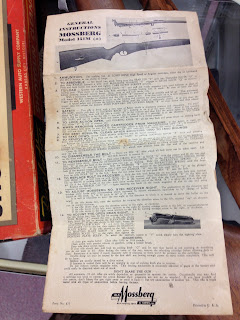 The first gun shop had this ammunition for killing zombies. 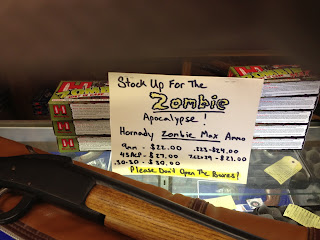 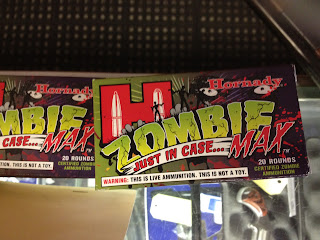 The second gun shop had these really big bullets that go in big "air to ground" guns. Some of them have rings around the tips that you turn, kind of like a shower head --except that they are timers so that your missile bullet things will explode when you want it to. 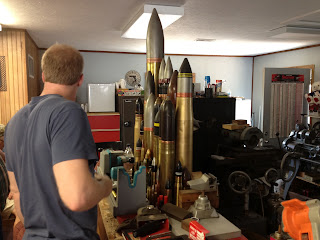 Posted by Barrington at 9:38 PM