Two weeks after C and I bought our tickets on Southwest, I ran my other professor for next semester. The class he teaches is large, and usually consists of screening a film I could probably rent, so I was very casual when I mentioned that I would be missing his first class, but having a classmate record his lecture. I did not at all expect his reaction, which went something like this:

“Why would you do that? Not only will you miss class, but you go to see films first and be cool, and you won’t get to see any of the films you want to. If you have something to sell, it’s not the place to do it, you’ll be on the fringes of everything and you’ll get sick. Is it too late to get out of it?”

That was enough to topple my fragile state of travel non-anxiety. My unease increased three days later, when I received an email from C, saying that due to financial considerations, she could not longer go, and asking if I had any ideas for someone who might take her slot.

It also dawned on me that after asking the student organizers of the trip for out location on a few occasions, I still had no idea where I was staying. The whole thing was giving me a bad feeling. I wrote to see if I could get a refund. No response. I placed our spots on USC affiliated listservs, and asked me friends. On three occasions I came close, but in the end there would be a twist, a boyfriend who decided to go, a dissertation too unfinished, etc. Finally I decided to embrace the experience.

What did I need for the trip. Appropriate footwear and business cards. And I didn’t have much time to pull these together. I brainstormed and came up with an idea I liked. An evening on Paul’s computer trying to understand Illustrator made me realize I would have to bring in some real talent. At two in the morning I sent my crude attempts to Carl King Creative and asked for an estimate for time and money. He wrote back with an extremely reasonable quote, and said he could work on it after breakfast. When I looked at the design, I loved it. I entertained a small fantasy, where I am having a casual conversation with someone while leaning against a bar in Park City, and the person requests a card. Surely with such cute cards give the world, I was meant to go to Sundance! 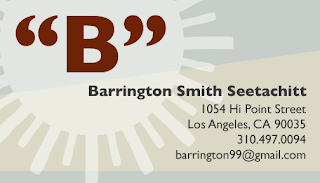 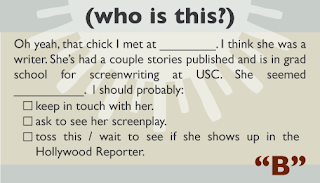