A Trip to the Courthouse

So, you may remember that I received a traffic citation for going around a stopped car, because in going around the car, half of my car allegedly extended beyond the right side of the street--it was the street pictured below. 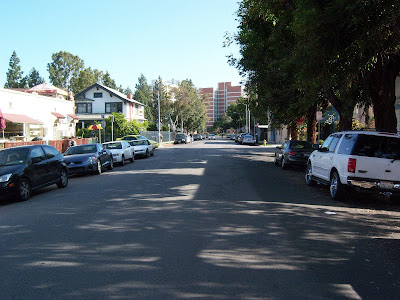 Yesterday I went to the Los Angeles Metropolitan Court as ordered to pay my “bail” and schedule my court date to contest the ticket. Perhaps someday you, too, will go to the Metropolitan Court, so here are a few tips about what you can expect, accompanied by some shakey-cam pictures.

First, there are some lots around the courthouse that cost three bucks for twenty minutes, but they cap at six to eight bucks. This isn’t that bad, but I arrived at noon and found it surprisingly easy to park at a meter. It was a two-hour meter. I suggest that you, too, choose somewhere to park that allows at least two hours. The reason for this will become clear. 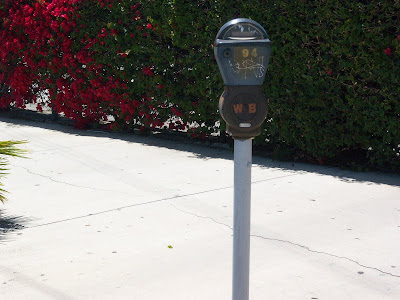 It’s right across the street from the court, in the middle of a parking lot. Cool and whimsical, right? 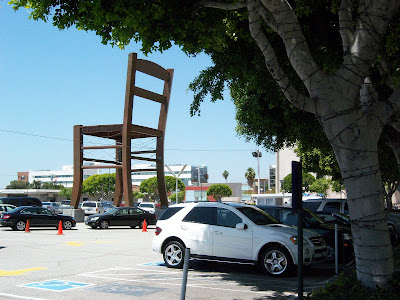 When you arrive, be prepared to go through security and have your bag x-rayed. Leave your firearms at home. 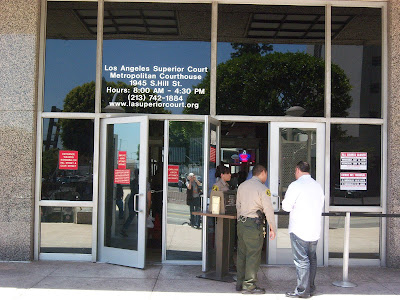 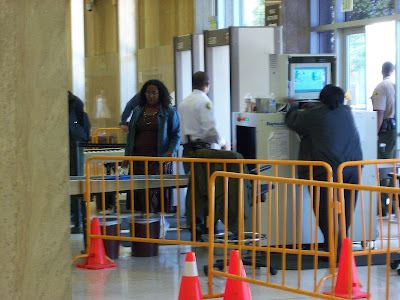 Also, don't bring your laptop. Having been to the DMV and the LA Dept of Transportation, I expected to take a number and sit around until that number was called. Thinking I would use that time to work, I brought my laptop. I ended up regretting this, because instead of sitting and typing on it, I ended up having its weight on my shoulder for the next hour and a half. Which brings me to:

Tip # 3 – Be prepared to wait… in a line. Go to the bathroom first, charge your phone battery, and bring a book, water, maybe some snacks. 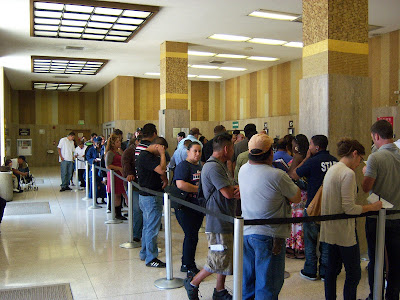 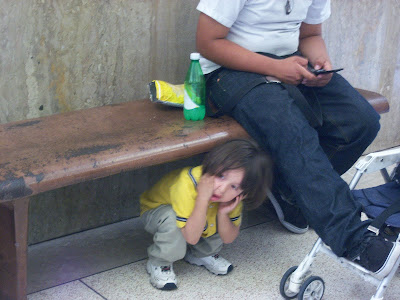 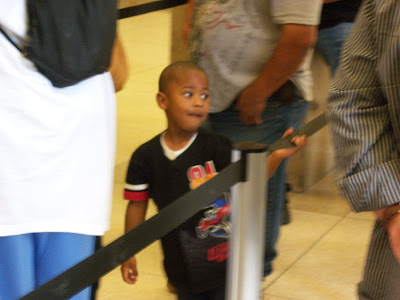 After about a half hour, the woman in front of me asked me to save her space because she had to go feed her parking meter. I said sure, and she ran out. Twenty minutes later, the woman had not returned. I wondered if she had decided to give up, or had just parked really far away. 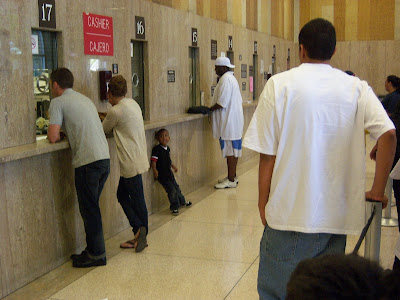 After an hour, I was close enough I could see these signs. 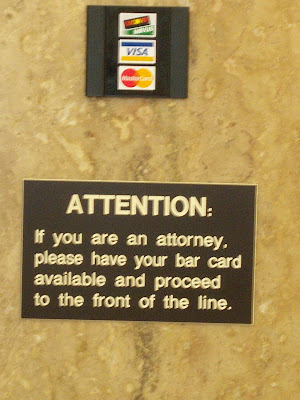 Lawyers who are being paid to enter pleas for their clients, get to cut in line. I guess if I were a client, paying my attorney by the hour, I would appreciate this, but sadly I'm just a plebe standing in line. So I waited for this attorney-guy at Window 13: 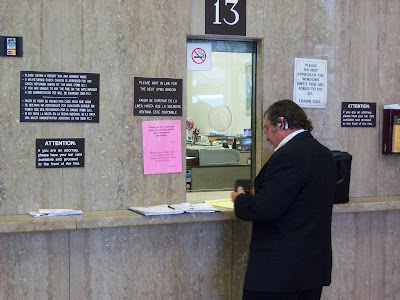 And this lawyer-guy at Window 15: 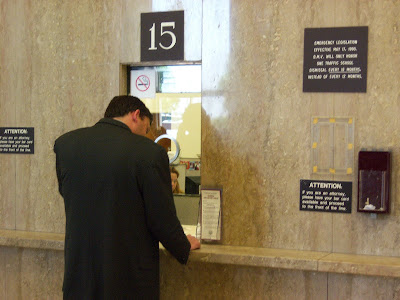 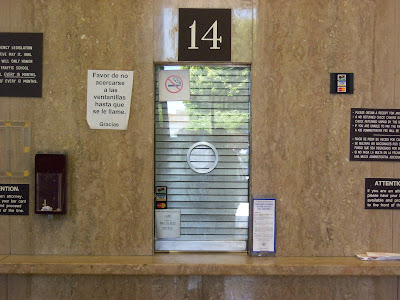 Once I got to a window, the transaction was pretty quick. They charged $212 to my credit card, and we scheduled my court hearing. I had a choice of morning or afternoon. Sadly, they didn’t offer night court. Morning starts at 8am, and afternoon at 1pm. I chose afternoon on the first available date, which is about five weeks away. I walked away feeling good I still had a half-hour left on my meter. The woman had never returned for her space in line. "Why?" I wondered. 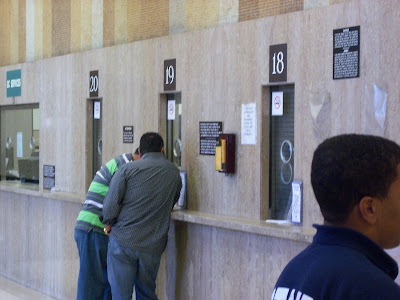 My question was answered as I exited the courthouse and saw THIS line, extending all the way to the corner of the building. Was there some kind of concert happening I didn’t know about? I asked one of the people in line what it was for. “To get in.” I assumed this is what happened to the woman who went to feed her meter. She had probably given up after realizing she would have to wait in the outside line to get back in. When I had arrived there was NO line, and now this. I’m not sure whether I had arrived during lunch and these were people arriving after lunch, or these were people trying to do court business over their lunch hour…but definitely, 12PM was better than 1PM. Something I will endeavor to remember when I arrive for my 1PM court time in June. 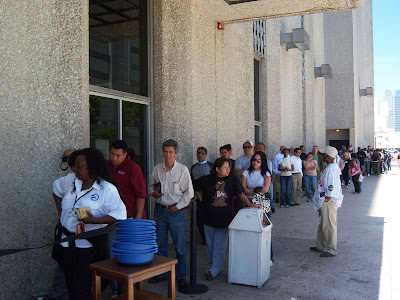