Yesterday, Paul and I embarked on a little road trip up to Berkeley and San Francisco. It officially started here: 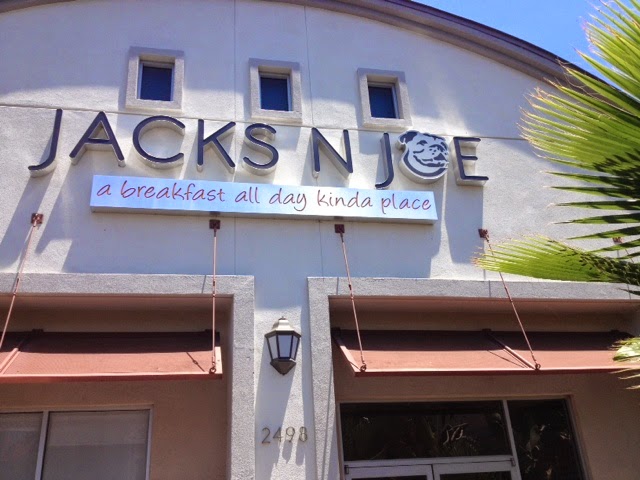 This is the restaurant's owner: 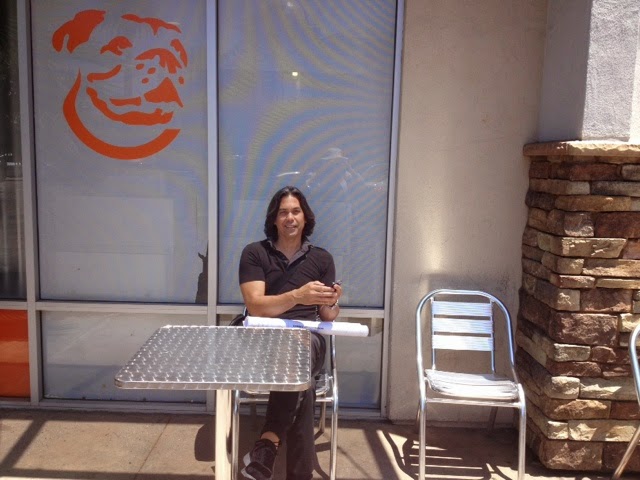 I thought his name might be Jack or Joe, but it was Mark. He explained that Jack was for "flap jacks" and Joe was like "cup of Joe". He was excited for our trip.
When I got to the car, Paul told me that he and his wife had started the place after their daughter died to have a place to put their energies. He'd read that on the internet! I was struck by how people are struck by misfortune and then keep living...and by how the discombobulating the internet is, making the whole world seem like a small town where you know things about people.
Posted by Barrington at 8:32 AM